MEDICAL MARIJUANA – Do your research!

Because marijuana has been actively cultivated over the last 40+ years to contain more and more of its active ingredient, THC, today’s weed is ten times more potent than the varieties available in the 60s and early 70s.

First, don’t always believe all the advocated hype that pot cures colon cancer or any other cancers … but what it can do is reduce and/or manage the symptoms/side effects that chemo and cancer causes.

tolerance for it. So, if faced with the sudden medical need for it, those now pot-intolerant people may find little or no help from pot in terms of symptom or side effects management and maybe even more susceptible to its short and long-term risks. In addition, older people (over 50) and those suffering from diseases such as cancer, diabetes, or AIDS could be more vulnerable to the drug’s risk factors.

For someone over 50, I can’t tell you how many people I know who have developed impaired speech (slurring words), lack of concentration and short-term memory, have outbursts of anger and suffer from anxiety and anxiety disorders. We have all seen how alcohol changes ones behavior (think tequila), pot does the same.

The internet is full of bogus stories of people saved by pot from the evils of chemo/cancer, so it’s easy to see how we can get sucked up into the prevailing lessons of marijuana propaganda.  Webpage advertising hype usually includes a link to some online pot product.  The pro-pot internet crusade far outnumbers factual data detailing what pot can, and cannot do.  Human nature also helps promote pro-pot claims, as we seem willing, if not desperate, when the chips are down, to believe in magical cures  — but it’s also arrogance and ignorance to not accept facts based on reputable scientific research.  For instance, which would you believe, a study from the world-renowned Mayo Clinic, or the claims of, say, the poorly constructed Weed Brothers Research and Development website?

WEED IS COMPLEX
One of medical complications of marijuana is that there are 483 different identifiable chemical constituents known to exist in cannabis, and hundreds of various strains of pot, divided into 3 types:  Ruderalis, Indica, and Sativa (see galley for descriptions) that you can buy in edibles, pills, oils, infused beverages, patches, and creams/lotions, and for use with vaporizers or for smoking.

So, right off the bat, a potential medicinal pot user can be confused as to what strain and type would be best.  Furthermore, using and selling pot remains illegal in many states, or its sale is limited to only a select variety of strains.  These legal restrictions continue to make buying, growing, and using marijuana difficult, thus continuing to encourage and enable the rise in marijuana black market participation, success, and wealth.  That said, as with ALL controlled substance drugs, there’s a huge gamble and risk associated with marijuana purchasing and use:  You never know what you are getting.   Pot sometimes is laced with other dangerous drugs, like PCP, to enhance the high. Such tampering has been linked to a sharp increase of admissions to emergency rooms and psychiatric facilities.

THE MAIN COMPONENTS, THC and CBD 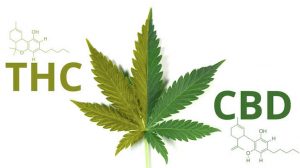 Marijuana contains at least 60 chemicals called cannabinoids, but out of the 60, two are the most researched because for 30+ years medical researchers have been evaluating how effective these cannabinoids might be in controlling symptoms of certain medical conditions.

The first one is THC, a abbreviation for delta-9-tetrahydrocannabinol. THC is the main component responsible for marijuana’s mind-altering effect or the high. There is also positive data that THC may be effective as a appetite enhancer and in treating nausea and vomiting usually associated with a number of medical conditions.

Unfortunately, THC’s known side effects are anxiety and paranoia, thus lessening its medicinal value for use during chemo treatment.  Not only are anxiety and paranoia troubling mental problems, but chemo patients are particularly vulnerable to emotional elevation and amplification during chemo treatment, something I have refer to and experience many times throughout this four-part article.

The second, and most important, cannabis component is CBD, or cannabidiol – a substance lab gurus are bending their backs to harness.  It’s the main non-psychotropic cannabinoid found in cannabis. CBD has shown positive results in being anti-epileptic, anti-inflammatory, anti-emetic, muscle relaxing, anxiolytic, neuroprotective and anti-psychotic activity, which reduces the psychoactive effects of THC. Unlike THC, further studies and research have shown, the long term side effects appear to be minimal.

When it comes to cancer, there is mounting evidence that CBD, working in combination with chemotherapy and various other anti-cancer pharmaceutical agents, enhances their impact, while cutting the toxic dosage necessary for maximum effect.

Other researchers have claimed, ‘cannabinoids’ slow cancer growth, inhibit formation of new blood cells that feed a tumor, and help manage pain, fatigue, nausea, and other side effects.

The bottom line is that the medicinal potential of CBD is not fully understood, but once its properties become known to medical science, and especially the public at large, some company or individual is going to be making billions. 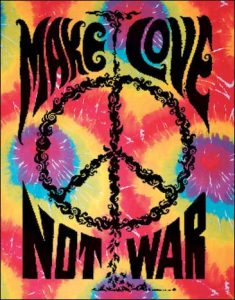 MY RELATIONSHIP WITH MEDICAL POT
I grew up in the 60s and 70s, a time when pot was starting to make a major impact on the Make Love, Not War society.

Yes, I experienced with certain drugs during this era and even sold pot (as my sister so blatantly pointed out to my surgeon). But pot was something that never really turned me on, and back then, pot was either “dirt weed, packed with stems and seeds” or if you wanted something more of a kick (and three times the cost), you got Thai- Sticks from Thailand, which consisted of premium buds of seedless marijuana or Mexico’s infamous Michocon and Oaxaca weed, all three were the “primo” strains of the late 60’s and early 70’s.

Oaxaca genetics were found worldwide and became the founding genetics for many modern “Haze” strains of today and is said to be the foundation of today’s medicinal pot.

I quit smoking pot in 1977, when I got married, but I did enjoy growing and selling it for a while. Why not? it made me some extra bucks.  But when colon cancer appeared in my body 40 years later, I knew (because I’ve been keeping on top of all the research for years) that I’d start again with pot, to help control the debilitating symptoms for which chemo is notorious known for.

I made a few calls, including one to a respectable medicinal doctor friend I dubbed, Pot Guru, who educated me on the pros and cons of marijuana, and next thing I knew I was having medical pot delivered to me free in various strains. My Pot Guru was very curious of what strains worked the best. One of the things he made a great point on, Pot can have a placebo effect.  Now, it was a matter of finding which stain(s) worked the best in my delicate condition.

The first thing I learned; I liked the effects better of smaller buds, it seemed to me that popcorn or pinball sized buds were more dense and uniform and so the medical effects were more consistent … where bigger buds, which are usually closer to the top of the plant,  get the most concentration of THC.  I also became very cautious on the smell. If the smell was overpowering, that usually activated my red flag. The overpowering smell tended to indicate that my pot contained a high concentration of THC.  On the other, a clean, organic or mellowing smell told me that CDB was the strain’s more active agent.  But this is just my personal opinion based on experience.

Another consideration was,  How moist was the pot?  Dry pot (which smokes better) told me that the grower had taken the time to cure it, so that its medicinal components were more effective.

After a few months of experiencing with many different strains, I found that combining the small buds of White Widow as a base, with one of these strains Ahola, Ogre or WhiteFire OG were the most effective method of boosting my appetite. This combination also helped me sleep, and to control emotional outbursts and mood invasions, specifically anger, depression, and anxiety.  It also helped curb the intestinal cramping pain I had been experiencing.  One of my pot combos was WhiteFire (effects were faster) with a bit of White Willow (effects were slower). Together they put me in semi-pleasurable state from being a Zombie during and right after a 3-day bender of Chemo.

Whether or not pot was collaborating with chemo is something I will never know.  Either way, it couldn’t hurt. 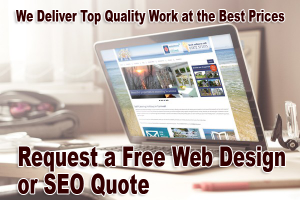 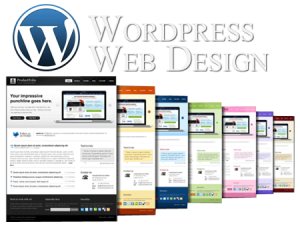 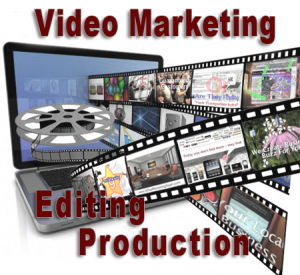